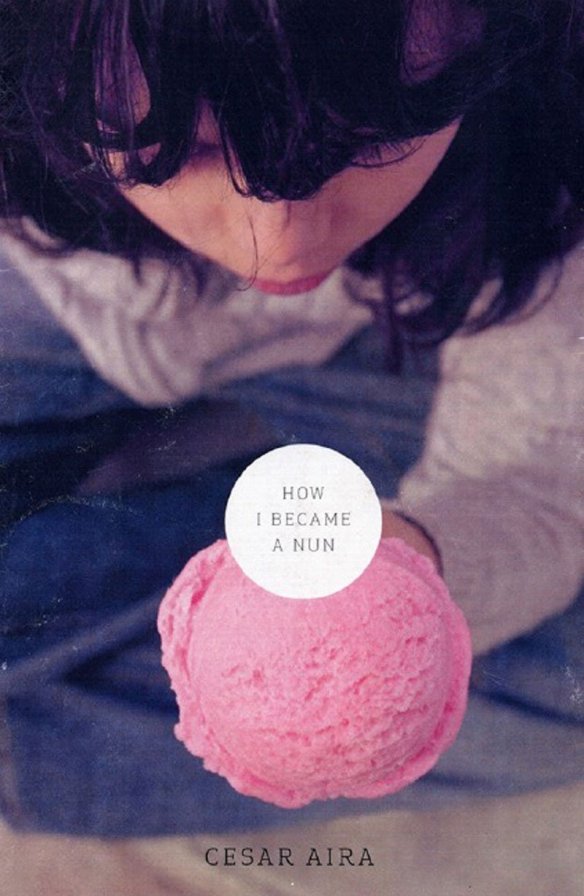 There may be hyperbole around the fiction of César Aira, or perhaps How I Became a Nun didn’t stand a chance of meeting my high expectations. Aira is sometimes mentioned alongside writers like Dyer, Berger, Krasznahorkai, Murnane and Coetzee as writing vital, forward-looking fiction. How I Became a Nun is darkly funny and surreal, and quite evidently an accomplished work of fiction, but it didn’t knock me sideways.

The story begins, “My story, the story of “how I became a nun,” began very early in life; I had just turned six.” Aira places “how I became a nun” in quotation marks in that sentence, in direct allusion to the title of his novel. Thereafter there is no further mention of nuns. The narrator, who dies before the end of the novel, narrates her death, is named as César Aira, though for most of the novel portrayed as a six-year old girl. I say ‘most’ as on at least two instances she is referred to as a boy.

The autobiographical narrator uses the children in the class to build elaborate stories, and thus obliquely narrates her/his fictional beginning.

As I had no dolls,I had to make do with make-believe children. And as I didn’t have any already made up, I used real ones, reimagining them as I pleased. They were my classmates, the only children I knew, and they were ideal for my purposes, because I had no idea of their lives outside school. For me they were absolute schoolchildren. To make the game more fun, I gave them twisted, difficult, baroque personalities.

The ending is absurdly brilliant. Aira is a writer I shall be returning to, but I’d appreciate any suggestions of what Aira books to read. My edition advertises An Episode in the Life of a Landscape Painter.

4 thoughts on “How I Became a Nun by César Aira”