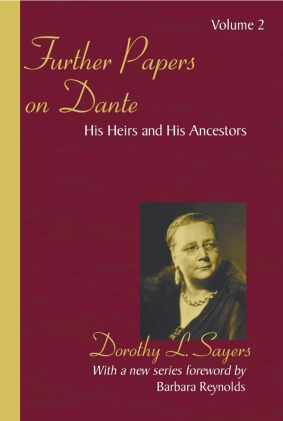 For the most part thought-provoking essays (lectures) on Dante’s Comedy, which, relatively late, became a ruling passion of Dorothy Sayers’s life. There are few lay people today with the substrate of theological understanding to offer such a richly specific perspective, particularly of the Paradiso, which, thus far, resists my effort to read beyond the first three cantos. Neglected place-markers in the multiple translations of the Comedy in my library evidence previous distraction.

Sayers’s interest in the Comedy after reading Charles Williams’s The Figure of Beatrice extended, in the ultimate act of literary criticism, to her translation of all three books of the Comedy. Hers is a lively translation, enjoyably readable and lacking the archaisms that earlier translators seem unable to resist, however inappropriate a response to Dante’s Italian.

Across both volumes (there is a third that I haven’t read yet) the essays are inevitably uneven, but those with an interest in the Comedy will find much that is rich and stimulating in both books. They join a small library of books that offer fresh perspectives on this magnificently curious medieval treasure.