In the same interview, Vila-Matas says, ‘I do not demand that the reader suspend their disbelief, because the attraction of reading the book comes not from the story that is told, but from the encounter with the world of its author.’ There is no more concise way to explain   why I read, what Maria Gabriella Llansol described as ‘a living writing she could take for an encounter.’ As Beckett wrote of Joyce’s writing, ‘is not about something; it is something itself.’

Vila-Matas’ Dublinesque is that peak of imaginative writing when one can suspend oneself into the mind of another’s sensibility. Reading this interview and his recent book, Mac & His Problem, confirms the metafictional nature of his project. It is intertextual writing, following an ancient tradition of writing and interpreting a text in parallel. The screens between reading, writing and interpreting are removed, only to reveal their illusory nature. I like very much the quote in my last post, also from the interview. Was it Pessoa who said something like: the best kept secret of self-knowledge may be that there is no self?

“Another solution for those suspicious of abstractions and metaphysics is to concentrate on other characters in Socrates’ story, setting rational male philosophy against feminine intuition. Xanthippe by the Viennese writer Fritz Mauthner (1884; translated as Mrs Socrates by Jacob Hartmann, 1926), is a surprisingly successful novelistic account of the effect of Socrates’ life and death of his wife. Mauthner’s Xanthippe is an honest, intelligent but uneducated lame peasant woman who suspects, quite rightly, that her husband’s philosophy will get him into trouble. Socrates cannot restrain himself from delivering a lecture in which he acknowledges his doubts about the mythological gods of the city, and his fate is sealed. Socrates himself does not seem particularly upset about dying; his last words, according to Mauthner, are, ‘Recovery at last! If the gods exist, I should like to thanks them for my recovery!’

But for Xanthippe, things do not look so rosy. Left a single parent with a young child (Lamprocles), she settles as a country village farmer and makes a life for herself and her son. But she refuses to allow her boy to learn to read or to daydream. She retained her husband’s philosophical works, but eventually burns then after Plato and Xenophon try to buy them from her. Pure metaphysics, ‘pure sunlight’, is fatal, she believes. Socrates chose perfection of the work, not perfection of the life. His calm, philosophical death condemn Xanthippe and her child to a life of poverty and struggle. Whereas Socrates dies for his own belief in reason, she dies trying to rescue her fellow peasants from an accidental fire in a granary. Xanthippe’s death is the more admirable of the two.”

—Emily Wilson, The Death of Socrates.

I’d like to find a copy of Mauthner’s novel one day. Xanthippe is more often presented as the caricature of the scolding wife, mentioned in The Taming of the Shrew: “Be she . . . as curst and shrewd/ As Socrates’ Xanthippe, or a worse / She moves me not.” I like that Mauthner gives a glimpse, albeit fictional, of a more substantial person.

In Phaedo, her sole appearance in Plato’s dialogues (the only ‘live’ appearance by a woman in the Platonic corpus), I’ve aways thought her reaction to Socrates’ death sentence sympathetic and sensitive. Socrates’ dismissal of Xanthippe is brutally cold, at least from a modern perspective. 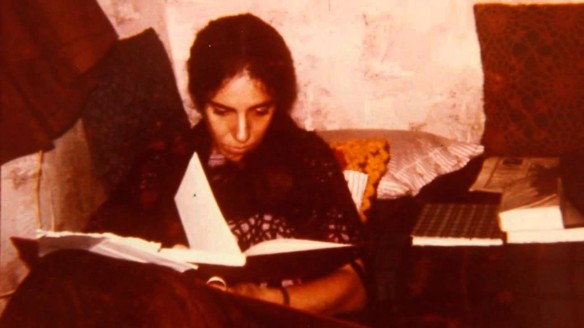 Transitory mental representations recorded on off-white paper in black printing ink convey a sequence of ideas from one self to another. Though we can describe the pattern recognition that makes this complex act possible, it is no less extraordinary that our species evolved cortical space surely wired originally for an entirely different process. How much is lost in the translation between one self and another we can only speculate as so much of reading is shaped by associative memories, environmental encoding and personal experience. However eloquently we can describe the science of reading, the improbability of reading and its transformative potential never fails to fill me with something close to spiritual awe.

Despite modernist literature’s attempt to stimulate a less socially conservative form, prose fiction remains locked into realist, figurative linear narrative, a form perfected in the nineteenth-century novel. Although other art forms, with different degrees of success, have shaped and stimulated their audience’s curiosity, literature seems unable to move substantially away from books that are easy to understand and consume, works that function to confirm preexisting assumptions.

There won’t be a large audience for Maria Gabriela Llansol’s fiction. It belongs to an earlier attempt to find a more authentic way than linear narrative to represent those transitory mental impressions. It is structured more like the way our minds swerve this way and that, pursuing different recollections and allusions, blending together voices from what we’ve read and lived. The absence of a subjective ‘I’ is as unsettling as when we first appreciate how illusory is our own experience of self as an integrated, cohesive character. Oscar Wilde is aware of the challenge of art, writing, “It is the spectator, and not life, that art really mirrors.” This propensity is asserted powerfully in the contemporary popularity of auto-fiction, embodying the narcissism that may be the hallmark of our age.

After a second reading, I’m reluctant to stop reading Llansol’s Geography of Rebels trilogy, an exhilarating mental and sensual experience that compels the reader to use their own imaginative resource.

“To say exactly what one means, even to one’s own private satisfaction , is difficult.” Not for Virginia Woolf, “the Chinese Wall of a private language”. “There is no a single sentence in The Waves that you would be likely to overhear on the street.” Yet the language is intelligible. “The experience of reading The Waves can be like listening to a piece of classical music that seems at first to have neither narrative nor structure.” This is good, what I am so often drawn to in fiction. “There is not a single unfocused shot in the entire book. Every passage, every sentence, every word is hard and bright. Where Woolf wants to shade or fade for the sake of effect, she does so as a painter does so, by taking a strong line and manipulating it. This is quite different from a line unfixed or ill-drawn.”

It is the finest part of Jeanette Winterson’s zealous encomium to art and her literary passions, this chapter on The Waves. Hugh Kenner often makes a similar argument for the clarity of Beckett’s prose: “Beckett has never written an obscure sentence. He is the clearest, most limpid, most disciplined joiner of words in the English language today.” Aside, arguably from Woolf. Both wrote literature that is not possible to read quickly. In both writer’s novels there are literary allusions, though in Beckett these appear to become less literary after Watt; some rely on the memory and knowledge of the reader, some more demanding, almost rarified and private. In a letter of 1972, Beckett wrote, “They are just bits of pipe I happen to have with me. I suppose all is reminiscence from womb to tomb.”

Winterson compels a reader back to the subtlest of Woolf’s novels, as Kenner does to Beckett’s fiction. These in turn remind me to return soon to Maria Gabriela Llansol’s The Geography of Rebels trilogy. There is in Llansol’s compression of thought a perpetuation of the attempt to evolve prose beyond the nineteenth century novel, which as Winterson acknowledges, still provides the form and style of at least ninety-five percent of contemporary fiction.

“Another aspect of Beckett’s figurative language is its tendency to resist absolutes. Specifying too much when speaking about indistinct mental constructs heightens the risk of settling on inauthentic facsimiles. Beckett’s language is therefore characterised by equivocation and ambivalence; his heroes continually posit and question, affirm and negate. This ambiguity prevents the crystallisation of spurious images of the self or of the world and counters the tendency of language to transform what is imperfectly apprehended into a caricature of its remote original.

If Beckett seems habitually to question every hypothesis, it is not because he is a perpetual naysayer who denies all positive ideas or values. Nihilism is itself an assertive position that, like other dogma, must be tested. Beckett’s heroes therefore challenge the validity even of the methods they use for testing and questioning; it would be simplistic to report to an extreme like negating every proposition.

Implicit in Beckett’s skeptical method is a prohibition against the predictability and easy cynicism of absolute negation. This sometimes leads to a wary endorsement of positive ideas or an unexpected glimmer of affirmation at the end of the via dolorosa. The antitheses Beckett used are related to paradoxes, litotes, oxymorons—figurative elements that in their syntheses of contraries sometimes lead to positive concepts. Such syntheses occur in many of Beckett’s works; after the process of chopping away, subtle, complex ideas begin to emerge, their profundity enhanced by the beauty of Beckett’s spare prose.

Thus, along with demonstrating how logical constructs and reasoned explanations can prove fruitless, Beckett shows how the act of abandoning conventional modes of thought can lead to more promising alternatives. This is hinted at in a conversation Celia has with Murphy: “she began to understand,” the narrator wryly observes, “as soon as he gave up trying to explain” (p. 67).”