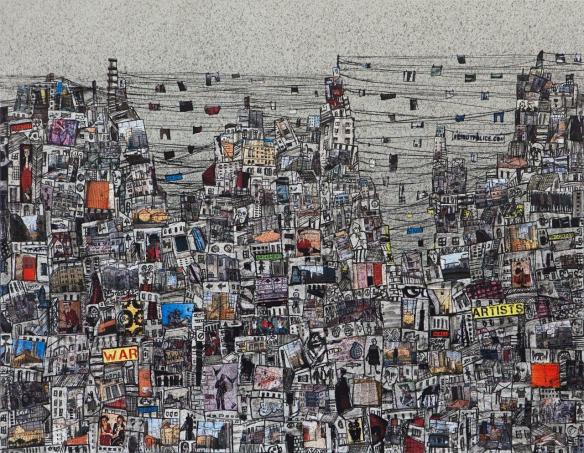 Zena Assi: from the Beirut series

Influenced by Geoff Dyer’s review I read Richard Lloyd Parry’s People Who Eat Darkness: The Fate of Lucie Blackman. The narrative is well constructed and compelling. Tokyo comes alive, as does each character. I read the book in two sittings, flagging only a little toward the end. Though I share Dyer’s admiration for Parry’s writing I am torn by the nature of the genre.

It is the first (and last) time I dip into the ‘true crime’ genre. The act of analysing and building narrative from the actions and emotions of the Blackman family and their friends, not characters but people in England, living not too far from where I live, feels exploitative. Is that just me being overly squeamish? How do you accurately interpret somebody’s emotions, and consequent actions, when they are living through such a horrendous experience? With the impossibility of accessing another person’s ‘inner’ feelings, any such interpretation is just what David Ellis termed ‘affable pretence’.