It seems from the essays in Invisible Yet Enduring Lilacs that Gerald Murnane is a writer that writes for his own pleasure and necessity. Murnane describes himself as a technical writer who is compelled to find words to explore the contours of his thoughts, a phrase he finds in Herbert Read’s English Prose Style, explaining that it “is a magical phrase for me. It has helped me in times of trouble in the way that phrases from the Bible or from Karl Marx probably help other people.”

My reading is obsessive by nature, often sending me into what is now a frequent pattern of reading a writer until exhausting all available work, reading some secondary material and, in some cases, reading the books that they acknowledge as influences. An earlier version of my reading self read Barley Patch nine years ago and, though I recall appreciating Murnane’s evident pleasure at playing with language, the book failed to trigger the sort of obsession I’ve experienced with Virginia Woolf, Dante, J. M. Coetzee, Karl Ove Knausgaard, Denton Welch, Christa Wolf, or Clarice Lispector. Triggering such an obsession required, firstly, for me to be the reader I am today, and secondly the essays in Invisible Yet Enduring Lilacs.

What I find in Murnane’s essays is not just a writer that inspires a reader to reflect on existential questions, part of why I read what I read, but also a writer that opens blissful landscapes where I find colossal, quiet spaces. Murnane describes his own discovery of such spaces in discovering Jack Kerouac’s On The Road: “The book was like a blow to the head that wipes out all memory of the recent past. For six months after I first read it I could hardly remember the person I had been beforehand. For six months I believed I had all the space I needed.” It is from experiences like this that my love of literature comes, why I discover ecstatic spaces from human beings that I am never likely to meet, but considers companions in navigating this often ghastly world around me. 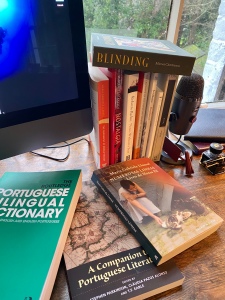 It would be easy for this blog to become a whirlpool, rotating obsessively around a small handful of writers that, to my mind at least, carve out a highly individual niche; perhaps a series of whirlpools that interconnect only at the periphery, and in doing so twirl off creating other eddies and vortexes. That sounds like a description of my reading mind. Two writers I keep returning to over the last few weeks, at night particularly, trying to understand why these two have captured so much of my waking and dreaming attention.

What is it that draws close the writing of Mircea Cărtărescu and Maria Gabriela Llansol? They are both European writers in the broad sense that they call upon a common pool of themes, myths and visions. Their writing appears, from what is translated heroically into English, to be marked by a transgression of genre, seeking instead to dance in the spaces between realism, magical realism, poetry, essay and analysis. Both writers summon strange figures to an oneiric imaginary geography, slipping in and out of the dramatis personae that is above all a way of constructing a form of hermitic autobiography. One could argue that their novels’ narrative fabric exists primarily as a device for reflection. There is also the space in which their stories function, bound not by a common conception of time but spatially, an amazing world where time sags and slows, dissolving into seemingly bottomless holes.

Both write in dialogue with ancient sources (the Bible and Ovid came quickest to mind) and also a strange world of literature that explores metafiction and intertextuality, inevitably hearkening back to old touchstones like Borges, Kafka, the Woolf of Orlando, even Nietzsche, and to writers I tasted and disregarded like Pynchon and García Márquez.

[The title of this post is from Roberto Bazlen’s Notes Without a Text.] 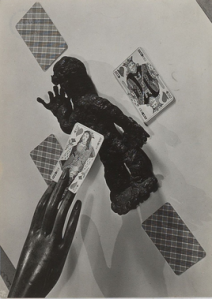 In Nostalgia, Mircea Cărtărescu writes of ‘fear, the attraction of the unusual, chance, the taste for things extravagant’. It is this oneiric quality that I am drawn to in his and Maria Gabriela Llansol’s writing. Both engage in ambitious renewals of form that obliterate genre boundaries and build totalising stories that are monstrously beautiful.

Stories that operate at the threshold of reality and dreams are rooted in Dante, Kafka, Borges, surrealism and oddities like Woolf’s Orlando. Myths, dreams and memories are interwoven to lay a collective path between the brains of writer and reader. Proust employs a similar image in Swann’s Way: ‘All these memories . . . I could not discern between them—between my oldest, my instinctive memories, and those others, inspired more recently by a taste or “perfume,” and finally those which were actually the memories of another person from whom I had acquired them at second hand.’

I am reading Robert Alter’s beautiful translation of Job while awaiting a copy of Cărtărescu’s Blinding. There is also the distant prospect of Solenoid, currently being translated. Perhaps my appetite for cryptogrammic writing that affords a way to interrogate my subconscious is a sort of trapdoor from the despair of our political reality, and if that is so I will have great need of it in the years ahead.

“[…] the true complexity of reading is admitted. The first process, to receive impressions with the utmost understanding, is only half the process of reading; it must be completed, if we are to get the whole pleasure from a book, by another. We must pass judgement upon these multitudinous impressions; we must make of these fleeting shapes one that is hard and lasting. But not directly. Wait for the dust of reading to settle; for the conflict and the questioning to die down; walk, talk, pull the dead petals from a rose, or fall sleep. Then suddenly without our willing it, for it is thus Nature undertakes these transitions, the book will return, but differently. It will float to the top of the mind as a whole. And the book as a whole is different from the book received currently in separate phrases; we are no longer the friends of the writer, but his judges; and just as we cannot be too sympathetic as friends, so as judges we cannot be too severe.”

—Virginia Woolf, ‘How Should One Read a Book?’, The Second Common Reader, p.258

This weekend I read Renee Gladman’s Morelia, a short book, in an hour, followed by a couple of hours in the garden in contemplation. This ‘sitting with’ a book one has finished is perhaps the finest part of reading. I reread and think often of Woolf’s encouragement to attend properly to what we read. Slow reading needn’t always mean to read slowly, but to reread, reflect and allow a book to return as a thing rather than a resource.

“Why, if one wants to compare life to anything, one must liken it to being blown through the Tube at fifty miles an hour — landing at the other end without a single hairpin in one’s hair! Shot out at the feet of God entirely naked! Tumbling head over heels in the asphodel meadows like brown paper parcels pitched down a shoot [sic] in the post office! With one’s hair flying back like the tail of a race-horse. Yes, that seems to express the rapidity of life, the perpetual waste and repair; all so casual, all so haphazard. . . .”

—Virginia Woolf, The Mark on the Wall.