‘Anglophone literary studies between about 1920 and 1970 are to be understood, I think, as one of the twentieth-century’s most significant and original intellectual accomplishments.’ Simon During’s argument is worth reading for anyone interested, as I am, in this most formative period of literary criticism. During lists the ‘path-breaking and exciting’ works, which establish an aspirational reading list, many which I’ve yet to read.

Reading writers like Mathias Enard and Tomasi di Lampedusa is not only greatly entertaining but also cajoles me to read only the best books. Both writers wear their massive erudition lightly. Gilbert Highet, the Scottish-American classicist used the terrific phrase (to which I aspire, true to autodidactic form): “a well-stocked head and a better stocked library”.

I started this year with the intent of reading widely, dipping into the ocean of contemporary literature. For every Mathias Enard, I abandoned another dozen frightful books, none of which wasted my time but served to further teach me what to avoid. My literary taste remains omnivorous but I shall default to the late D. G. Myers advice: “Read no book before it is ten years old (in order not to be influenced by the buzz”. I shall of course occasionally, whimsically ignore that advice in the hope of discovering more writers like Mathias Enard and Rachel Cusk. Very, very occasionally the hyperbole is justified.

The best books are inexhaustible and capable of transforming, for a time, how we perceive the world. My reading life is ruled by serendipity, one book leading to another. Enard, for instance, prompts me to reread Annemarie Schwarzenbach, Edward Said and Claudio Magris, also to explore the work of Isabelle Eberhardt, Ernst Bloch, Georg Trakl, Sadegh Hedayat, Faris al-Shidyaq and Leopold Weiss.

For the time being though I’m taking a detour, one I take regularly, back to older books, to the hymns of Homer via Peter McDonald, and to a recent edition of Gilbert Highet’s The Classical Tradition: Greek & Roman Influences on Western Literature. This might then be a gateway to Werner Jaeger’s Paideia: The Ideals of Greek Culture, translated also by Gilbert Highet.

James Joyce wrote of “an ideal reader suffering from an ideal insomnia”, exhibiting characteristic Joycean contempt for a reader of limited duration of attention. In this sense, Mathias Enard’s Compass, while eminently accessible, is likely to be best appreciated by those with insomniac intensities, and an equivalent propensity to pursue homologous trains of thought. Franz Ritter, the insomniac musicologist whose consciousness is our sole companion in Compass, as all insomniacs is accustomed to wholly phenomenal interpretation which, as Terry Eagleton wrote, “refuses to be duped by the habitual experience of things, searching instead for the invisible mechanisms which gives birth to them”.

While Compass is greater than its themes, it is essentially a novel of digressions, during which Franz learns that the pursuit of love may demand acts of abnegation. Schubert, Magris, Balzac, Beethoven, Proust, and Mendelssohn are only the lighter cavalry. Enard writes, “Sarah had mentioned the Great Name, the wolf had appeared in the midst of the flock, in the freezing desert: Edward Said. It was like invoking the Devil in a Carmelite convent.” Without becoming moralistic, Compass is a political novel that gently analyses Said’s characterisation of Orientalism, not just as a secondary expression of the wonders and apparent evils of the East, but as a form of imperialistic domination that concerns itself with the control of real people and real geographical territories. Enard, like Said, writes to oppose power structures, but unlike, say, Foucault, is at heart hopeful that through discourse such structures can be confronted and dismantled.

In a world that has become afraid of intelligence, Compass – slowly, I imagine, and carefully translated by Charlotte Mandell – is a deeply intelligent novel, a book that I could vanish into forever. In Barcelona, Robert Hughes quotes the Catalan writer Josep Ferrater Mora, “The man with seny [an untranslatable term meaning something like common sense, perhaps also wisdom and intelligence] renounces neither salvation nor experience, and is always trying to set up a fruitful integration between both opposed, warring extremes.” Mathias Enard, on the strength of Compass, but also Zone and Street of Thieves is indisputably a man with seny. 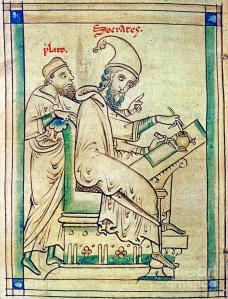 The space defined by Milan Kundera’s The Curtain is one that privileges the novel to an extraordinary degree, attributing it to a position distinct from not only other forms of art, but also as a reflection on existence that informs philosophical thought. As Kundera says, “… for me, the founder of the Modern Era is not only Descartes but also Cervantes.”

By using novels to reflect on human existence as opposed to portraying reality, novelists dissect new existential categories and refashion our perception of those we are familiar with. Kundera writes, “Indeed, all the great existential themes Heidegger analyses in Being and Time – considering them to have been neglected by all earlier European philosophy – had been unveiled, displayed, illuminated by four centuries of the European novel.”

Kundera, like Edward Said – in turn influenced by Adorno’s essay on Beethoven – is also much preoccupied by ‘late style’:

What interests me in this piece [a text of Cioran’s] is the amazement of the man who cannot find any link between his present “self” and the past one, who is stupefied before the enigma of his identity. But, you’ll say, is that amazement sincere? Certainly it is! How in the world could I ever have taken seriously that philosophical (or religious, artistic, political) trend? or else (more banally): How could I have fallen in love with such a silly woman (stupid man)? Well, whereas for most people, your life goes by fast and its mistakes evaporate without leaving much trace, Cioran’s turned to stone; one cannot laugh off a ridiculous sweetheart and fascism with the same condescending smile.

[Any blog that continues for long enough knows this amazement when one stupidly decides to reread old posts written by another “self”.]

The force and richness of Kundera’s perceptions in this book and in Testaments Betrayed, which I read previously, puts him in good company with Nabokov and Brodsky. That all three were bilingual exile writers who reworked their own texts and worried endlessly about translation perhaps also made them ideal readers, enacting Derrida’s argument that writing is itself an act of translation.