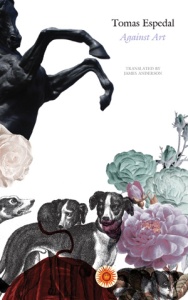 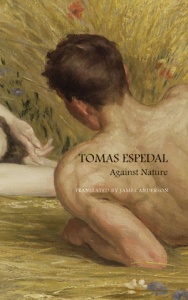 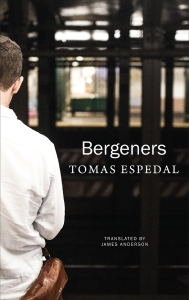 What is that changes when we reread? Not the sentences, though they may convey different meanings on rereading. As readers, we change, our moods or sensibilities are changed by experience, by other things we’ve read. It is also possible to reach back to past versions of ourselves. May it be possible to learn more about ourselves from the changes to how we react to a particular book, or writer’s work?

Geoff Dyer, like me, is a relentless book-culler, making his library, “tighter and tighter, again replicating in a personal way the larger process of canon formation by elimination and erosion over time.” It can be dispiriting to revisit a favourite writer’s work, as I did last year with Geoff Dyer’s books, only to discover that where there was once enchantment, there is  now little more than curiosity about how these sentences, words or stories, once cast such a spell. (With the exception of But Beautiful, which remains one of the finest books I’ve read about music and musicians.)

So it is with Tomas Espedal’s work. Although I still found a measure of pleasure and silence in Against Art, rereading Against Nature, Tramp, and reading for the first time the newly translated Bergeners didn’t disappoint, but there was not that special intimate encounter in which one fully inhabits a world carefully created by its writer. A certain narrative force carried me forward, but left me little desire to continue to engage with his work. For the most part, his literary and aesthetic reflections felt quotidian, in the case of the former: gossipy and trivial.

There is a certain satisfaction in the idea that rereading is an essential part of challenging our past selves and reshaping our personal literary canon, that, as Dyer writes, our library will be distilled to just what is essential: “In a quasi-Borgesian way, I would ideally draw my last breath just as I turned the final page of the only unread book left in my collection. At that moment my library – my life – would be complete.” 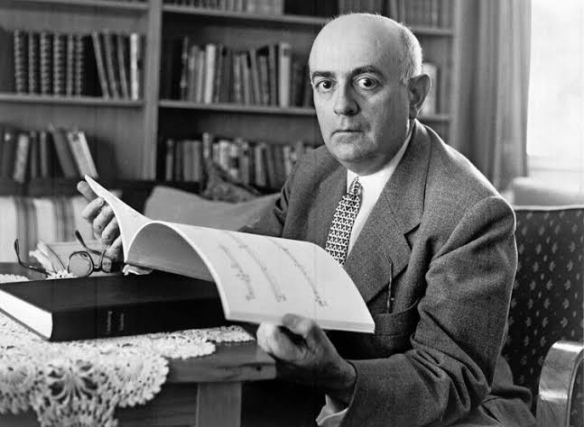 The Adorno mystique. Geoff Dyer, whose work I no longer read, quotes Karl Ove Knausgaard, a writer I preferred not to read, but in whose work I’ve recently developed a grudging curiosity: “‘What enriched me while reading Adorno,’ writes Knausgaard in A Death in the Family, ‘lay not in what I read, but the perception of myself while I was reading. I was someone who read Adorno.'” It seems characteristic of Knausgaard to admit that Adorno is for him a badge writer and for Dyer to admire his declaration.

I question, during a long jet-lagged night in Tokyo, whether I read Adorno for the badge. The issue of mass culture is never far from mind in Tokyo, more so than in the southern California from which Adorno’s Minima Moralia was born. It wasn’t this loose collection of interconnected fragments that endeared Adorno to me, but a life-changing reading of Adorno and Max Horkheimer’s The Culture Industry: Enlightenment as Mass Deception (from the Dialectic of Enlightenment).

What they had to say about mass culture (I wrote about it once), turned me from a naive condescension towards its consumers, to a fascination for its pervasive effectiveness and systemic beauty. I may not like it, but like Adorno and his contemporaries, it is easier to subject it to critique than destroy or subvert it in any meaningful way.

I’ve come to dislike the term ‘mass culture’ for its intimation that such a culture arises instinctively from the masses, preferring Adorno’s ‘culture industry’. The Japanese have a term ‘taishū’, which, I believe, refers to an aggregate of consumers for which a commodified culture is produced, pre-targeted and administered. This seems more precise and deals with the difficulty of the concept of ‘masses’.

On Twitter, for a long, time my bio stated ‘Adorno to Zwicky.’ This blog post is the first in a series reflecting on why I read those writers I consider in some way tutelary spirits, or as Beckett would have it, ‘old chestnuts’. It isn’t a fixed canon and is subject to frequent revision.

I came to Adorno initially curious to read his thoughts on Beckett’s Endgame, having read somewhere else that Beckett considered them a perverse and deliberate over-reading. From there to his illuminating writing on music, particularly the Beethoven essays (another old, old friend). There still Adorno to read and reread and I’ve no intention of reading all he wrote.

Why do I read Adorno? Beckett was undoubtedly right about wilful over-reading. I often struggle with Adorno’s writing. I lack the philosophical-sociological grounding to understand much of it. It’s also said that much of Adorno’s complex, circumlocutory arguments are difficult to translate. But my reading of Adorno often follows a similar pattern: lack of understanding-persist-glimmer of understanding-persist-some understanding, but a sense that he must be over-reading-awakening at four in the morning with a flash of comprehension and recognition. I read Adorno for those flashes. Cognitive fireworks. 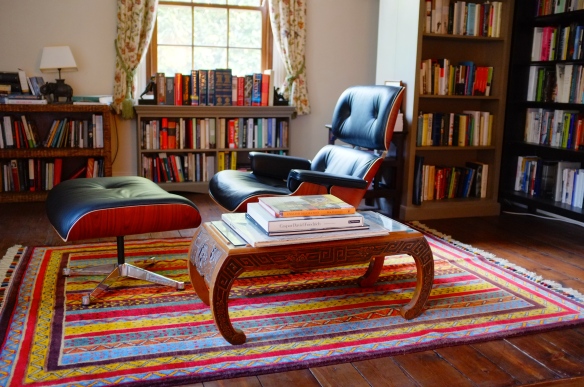 On the last winter solstice I posted some well-intentioned reading ideas for 2015. I always intend to read fewer new (to me) writers to concentrate on my old chestnuts and I closed gaps in my reading of Mann, Coetzee, Handke, Virginia Woolf and Sebald. Even the minor works of great writers display brilliance and this intention to read deeply and not broadly continues. I’m looking forward to new books from Anne Carson, Geoff Dyer and Jan Wilm’s Coetzee study. 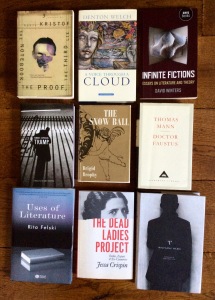 In my year in reading post I wrote of the thrill of discovering Brophy, Welch and Espedal; each writer will undoubtedly make up some of what I read next year. I’m also looking forward to reading more Han Kang, Wolfgang Hilbig, Giorgio Agamben, Pascal Quignard and Ivan Vladislavic, all who produced books that moved me in some way this year.

Writers I don’t yet know but expect to sample in 2016 include Janice Lee, Jean Rhys, Werner Jaeger, Ivan Goncharov, Philippe Jaccottet, Hans Magnus Enzensberger, Ingeborg Bachmann, Claude Cahun, Robert Gál, Yves Bonnefoy and Peter Weiss. There’ll be others but these are in my sights at the moment. 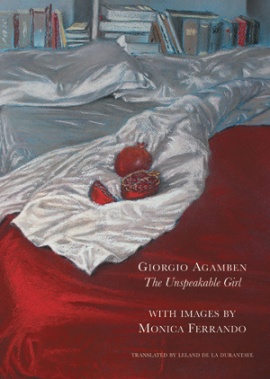 At the moment my mind is anchored in ancient Greece and Rome. My reading year is coming to an end with Giorgio Agamben’s and Monica Ferrando’s The Unspeakable Girl, a work of some power published by the brilliant Seagull Books, and Pascal Quignard’s Sex and Terror, which feels like the only book one could read after The Unspeakable Girl.

My inclination at the moment is to dwell in antiquity for some time, perhaps read Chapman’s Homer, which shaped Troilus and Cressida. I’ve acquired some Loebs and assorted ancient Greek plays that I may make time for over the Christmas break. Being overwhelmed by Troilus and Cressida convinces me that I must fill in some of my reading gaps in Shakespeare’s oeuvre.

The fault and glimpse of newness often leads me astray so expect distractions. If the year ahead holds surprises as great as Brigid Brophy, Denton Welch and Tomas Espedal I’ll be a fortunate reader.

For a whimsical purchase one Sunday afternoon, I’m pleased with the rich provocations in Tim Parks’s Where I’m Reading From, a collection of powerful essays written for the New York Review of Books.

Parks’s clear incisive discussion of contemporary criticism, translation and literary convention is uncommonly fresh, but it is the essays on literary globalisation that strike me with greatest intensity. These essays, in particular, makes some of the stakes clear of a relentless pressure to make novels attractive to a global audience. I quote a passage here from his essay Writing Adrift in the World:

Perhaps the problem is rather a slow weakening of our sense of being inside a society with related and competing visions of the world to which we make our own urgent narrative contributions; this being replaced by the author who takes courses to learn how to create a product with universal appeal, something that can float in the world mix, rather than feed into the immediate experience of people in his own culture.

I’m surprised not to have come across Parks’s essays before. His essays share the passion and flair I associate with Joseph Epstein, Zadie Smith (a better essayist than novelist) and Geoff Dyer.

Parks also leaves me with a tantalising list of reading suggestions to look into, including an earlier collection of his own essays. 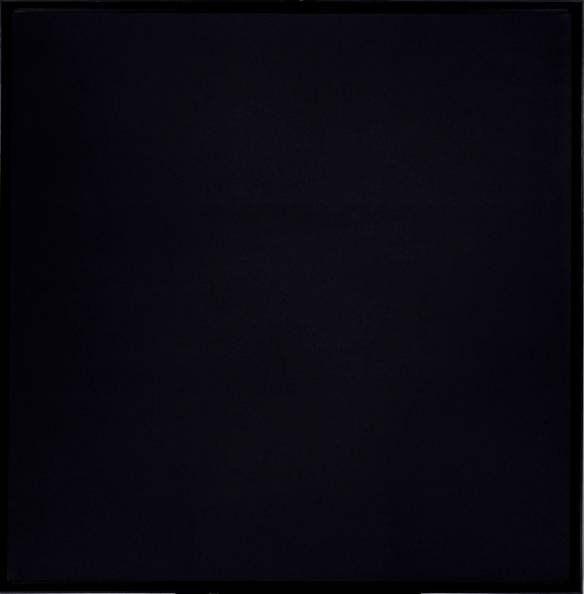 Satire is a demanding form, an act of aggression that can easily fail. Freud’s depiction of jokes as repressed hostility is evident in the sadistic satire of Anthony Burgess, and the snobbishness of Evelyn Waugh’s self indulgent attacks.

To qualify as satire a denunciation has to be potent, yet yield pleasures for a reader in sharing an act of narrative violence. Jonathan Gibb’s Randall aims its satire at the Young British Artists of the contemporary art world of the 1990s, starting with an act of literal violence, the killing of Damien Hirst, “hit by a train and killed, apparently when drunk”. Its secondary target is that period of the late 1990s when the shock-troops of New Labour’s marketing department set out to rebrand Britain as Cool Britannia, uniting in common purpose a bunch of mostly white males that included the YBAs, pop musicians, second-generation yuppies and media figures.

Randall not only captures the slightly hysteric mood of this period, but also nails its target with deftness and a degree of affection. It is perhaps successful because that hint of amused fondness balances its satirical offensiveness. But don’t take that to mean that Randall’s satire is insipid, it is exquisitely cleansing and gloriously funny.

Books emerge that come to define existence for a particular social strata in certain time periods: Geoff Dyer’s gratifying depiction of life in South London in the 1980s in The Colour of Memory hit its target squarely and cleanly, as does Michel Houellebecq’s Atomised of how people and communities disintegrate under neoliberalism. Randall sits between both time periods, skilfully satirising how art and money found common ground in the 1990s.