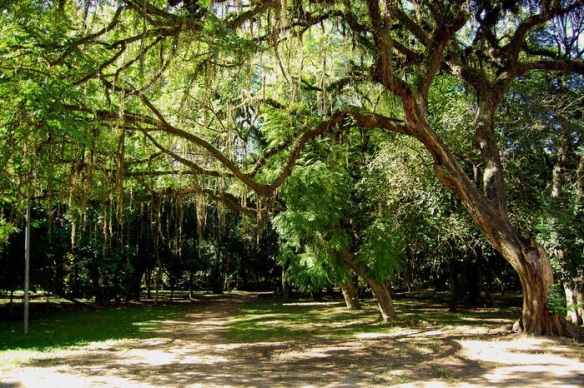 For me parks are good when first of all, they’re not impeccable, and when solitude has appropriated them in such a way that solitude itself becomes an emblem, a defining trait for walkers, sporadic at best, who in my opinion should be irrevocably lost or absorbed in thought, and a bit confused, too, as when one walks through a space that’s at once alien and familiar. I don’t know if I should call them abandoned places; what I mean is relegated areas, where the surroundings are suspended for the moment and one can imagine being in any park, anywhere, even at the antipodes. A place that’s cast off, indistinct, or better yet, a place where a person, moved by who knows what kind of distractions, withdraws, turns into a nobody, and ends up being vague.