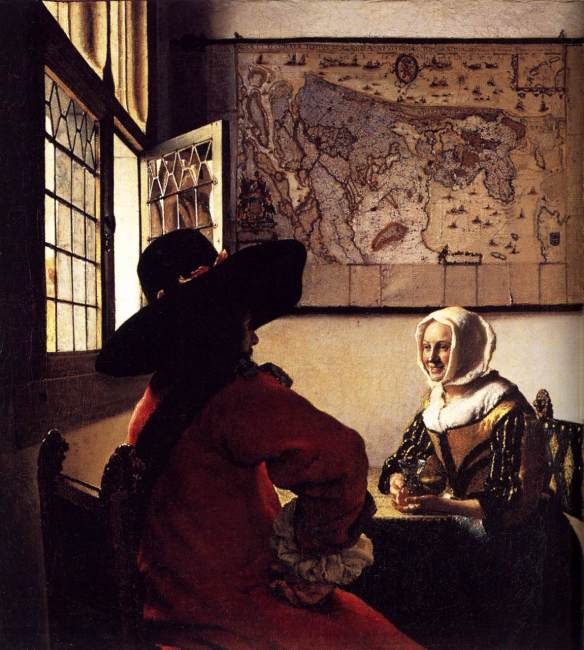 Laughter evolved not for its health benefits but because of its impact on others, and therefore positive benefits should most reliably occur within interpersonal contexts. Evolutionary accounts of laughter exists because of the generally accepted view that laughter is a homologue of the primate relaxed open-mouth display, known less formally as the play face.

For at least two hours in the London Library I was absorbed in Psychophysiological Approaches to the Study of Laughter in the Oxford Handbook on positive psychology. (I’m ambivalent about the positive psychology movement, sympathetic to its Stoic roots, but repelled by its corporate manifestation.) There was much of interest in the chapter, but mostly it brought to mind Beckett, Critchley and Bergson.

In Simon Critchley’s essay superb  On Humour he writes,

For me, it is this smile – deriding the having and the not having, the pleasure and the pain, the sublimity and suffering of the human situation – that is the essence of humour. This is the risus purus, the highest laugh, the laugh that laughs at the laugh, that laughs at that which is unhappy, the mirthless laugh of the epigraph to this book. Yet, this smile does not bring unhappiness, but rather elevation and liberation, the lucidity of consolation. This is why, melancholy animals that we are, human beings are also the most cheerful. We smile and find ourselves ridiculous. Our wretchedness is our greatness.

I’ve always viewed with a mixture of envy and unease those with hearty, big belly laughs. From time to time I try them out for size, but they don’t fit. I laugh often but my laughs are quieter, sounds, whether major or minor, from the interior. Bataille identified “major laughter” which requires “two conditions: (1) that it’s sudden; and (2) that no inhibition is involved.”

Critchley’s argument, if I understand it correctly, is developed from Plato’s theory (in Philebus, Socrates explains his suspicion of laughter) that humour comes from a place of superiority, that laughter has its roots in disparaging others. Not Bataille’s unpredictable laughter of release, but one of mockery, closer to what Beckett calls the intellectual or dianoetic laugh.

This theory of a superiority of humour  fits with Bergson’s idea that laughter is a corrective to foolish behaviour, what he calls, “a constant striving after reciprocal adaptation, ” concluding, “We may therefore admit, as a general rule, that it is the faults of others that make us laugh by reason of their unsociability rather than of their immorality.“