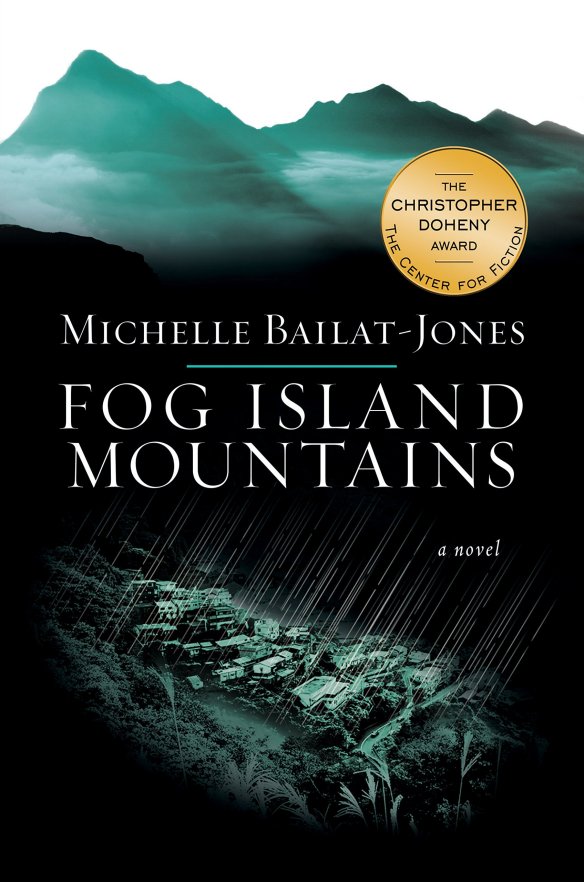 Before trying to convey my impressions of Fog Island Mountains I ought to begin with a disclaimer that its writer Michelle Bailat-Jones is not only a friend, but a discerning reader who shares more of my literary tastes than any other reader I know.

I recall a description of the Japanese notion of sabi – as in wabi-sabi, a feature of Japanese aesthetics as crucial as Greek ideals of beauty and perfection – as loneliness in the midst of brilliant beauty, and it is this phrase that lodged in my mind as I read Fog Island Mountains. It is a novel populated by characters isolated by their specific longings, each convincingly painted and placed sympathetically in the fictional world of the novel. There is a plot of sorts, but no more than is essential to take the reader on a journey with its half dozen fully formed characters.

In Fog Island Mountains, Bailat-Jones acknowledges the oral tradition of storytelling, narrating her story through a mysterious autonomous guide who remains independent but intrinsic to the central story. On a superficial level Fog Island Mountains is the love story of Alec and Kanae as they struggle with illness and family, issues familiar to us all, but by placing her narrator within a Japanese folkloric tradition, Bailat-Jones introduces another dimension, breaking boundaries and shifting her story to a higher level.

In the first half of the book, tension is established within the tranquillity of calm before a typhoon; each of the characters awaits some resolution as the town of Komachi awaits the storm, without full knowledge of the force that is heading its way. During the calm we are introduced to the repressed desires and rage that will be displaced by the typhoon. Bailat-Jones demonstrates that protagonists can be flawed and unlovely, and yet still be loved by readers or by other characters.

In the midst of the typhoon, as the first eyewall slams Komachi, Bailat-Jones hits the pause button, the narrator takes us through a meticulously depicted Japanese tea ceremony. For these three pages alone I would urge you to read this remarkably beautiful book, but the entire book is filled with acuity and written in elegantly austere style, with rarely a word out of place. It is a singularly exceptional debut novel with a lot to say about our ‘inept and inelegant lives’.