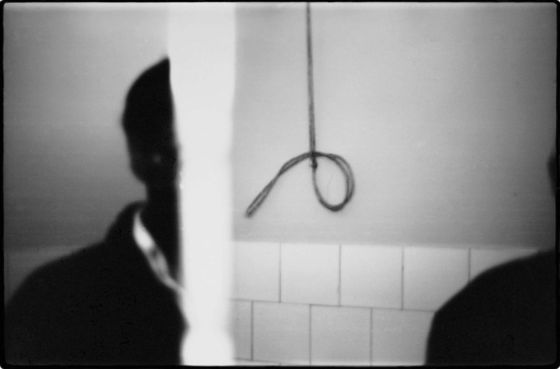 The Lord will afflict you with madness, blindness, and confusion of mind; you shall grope about at noon as blind people grope in darkness, but you shall be unable to find your way; and you shall be continually abused and robbed, without anyone to help. Deuteronomy 28:28

To read Krasznahorkai’s War & War is to infiltrate the consciousness of one of those desolate madmen we see from time to time wandering in the city, babbling incoherently, wild-eyed. Inclined to look away, a second glance might reveal worn but immaculate clothing and fastidious cleanliness. Today’s madman might be yesterday’s prophesier. There is in Korin, the novel’s protagonist, that dichotomy.

On November 22nd, 1992 at about quarter past, half past one at night I was walking on Kurfürstendamm, the Western main street of Berlin to an apartment on Pfalzburgerstrasse. I was watching the heavy traffic rushing by in the middle of the road, watching the solitude of the expensive shops behind the plate-glass of the shop-windows, watching the squandered gaze of people walking towards me and suddenly fright seized me.

It was one of those cases that you describe as lasting just a single moment, but in this case this is indeed what happened – a single moment of fright, that’s all, arriving for no explicable reason at all, departing for no explicable reason at all, and leaving behind nothing but a shadow, and in this shadow, encircled by the night brightness of Kurfürsterdamm, there was an unexpected, fierce, poignant vision: a couple of people running for life in timeless devastation and meanwhile taking stock of  all that they have to say good-bye to.

From an intoxicating first chapter, available here, unbearably tense though we know from the first sentence that Korin’s survival is assured, Krasznahorkai draws us towards the consciousness of his archivist character, who has to preserve for posterity the contents of a manuscript he has stumbled upon. The rhythm of Krasznahorkai’s long sentences appear to draw us into the mind of Korin, close enough almost to comprehend his delusion. It’s an ingenious contrivance, that despite the third person narrative, the effect is almost of a first person narrator, offering a stance that is distanced yet remarkably intimate.

The novel’s genius is preserved in the macabre final section, which I shall leave readers to discover. Before the final section, Krasznahorkai provides us with the address of the web site that Korin has used to preserve for mankind the momentous contents of his manuscript. This website leads to the following message:

The requested URL / was not found on this server.

Additionally, please be informed that your home page service has been called off due to recurring overdue payment. Attempted mail deliveries to Mr. G. Korin have been returned to sender with a note: address unknown. Consequently, all data have been erased from your home page.

8 thoughts on “War and War by László Krasznahorkai”