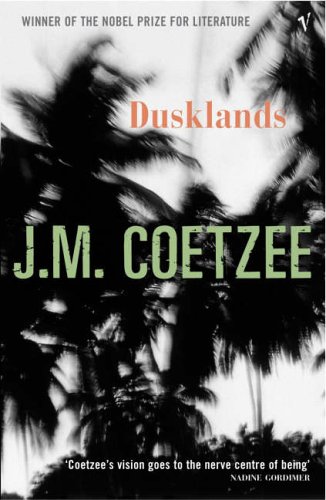 It is by lowering or changing the status of the Other that we unleash the possibility of inhumanity. Acts considered inhuman if applied to family or friends become permissible, in certain circumstances, if we label the Other as enemy, animal or, if times permit, slave.

Eugene Dawn, in the first part of Dusklands, writes an avant-garde report detailing techniques for psychological warfare (PSYWAR in today’s military terminology) in The Vietnam War. The methodology may be primitive by the standards of institutionalised barbarism in contemporary Abu Ghraib or Gitmo, but the techniques designed to dehumanise the enemy are eerily familiar. It becomes quickly evident that Dawn’s participation, to what extent is never clear, has desensitivised him to the point of giggling at the memory of “a mother with her son’s head in a sack, carrying it off like a small purchase from the supermarket”. His psychosis leads eventually to a mental institution, after a chilling scene that culminates in Dawn stabbing his son.

The second part of Dusklands introduces Jacobus Coetzee who bears none of the anxious guilt of Eugene Dawn. An eighteenth century elephant hunter, in what is now Namibia, Coetzee is beaten and humiliated by local Bushmen that he considers “wild animal with an animal’s soul”. Coetzee later wreaks a terrible revenge on the Namas Bushmen. His part of the narrative is told through lecture notes and a report that reveals the depth of racist egocentricity.

Coetzee’s (the author, not the elephant hunter) persistent themes of violence and casual racism are to the fore of this first novel, as are the broader questions he poses of authorship and identity. The second part of Dusklands suggests a superficial Conradian influence, though I wondered whether this straddled the thin line between homage and parody.