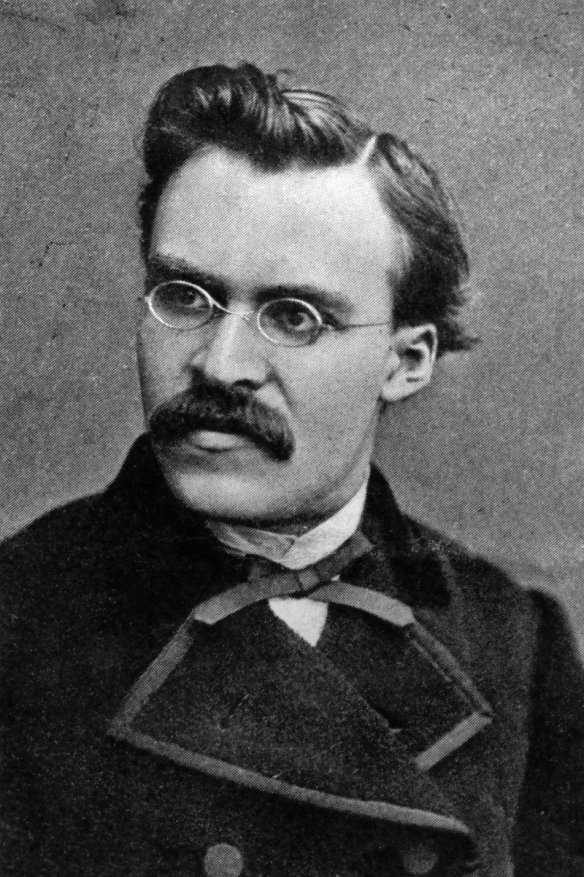 Nietzsche, like Jean-Paul Sartre, TS Eliot and the films of Martin Scorsese, is best discovered before you hit your twenties. His writing is accessible to early interpretation and uncorrupted by the language of the academy. I remember so clearly the combustive impact of reading Friedrich Nietzsche’s books, one after the other as he laid waste to Christian morality. After reading Nietzsche, the world expanded, less mysterious but cleaner, more chaotic. Nietzsche, like Sartre, is best reread every ten years.

When I first read Nietzsche, probably under the baleful influence of TS Eliot, I abjured biography. All that mattered was the text, so I disdained to read Ecce Homo, Nietzsche’s autobiography (of sorts). As I learnt from the introduction to Benoît Peeters’ Derrida biography, Derrida did not consider philosopher’s lives as extraneous to their philosophical work. On Nietzsche, Derrida wrote:

We no longer consider the biography of a ‘philosopher’ as a corpus of empirical accidents that leaves both a name and a signature outside a system which would itself be offered up to an immanent philosophical reading – the only kind of reading held to be philosophically legitimate […].

In a late interview on “the question of biography”, Derrida insisted:

I am among those few people who have constantly drawn attention to this: you must (and you must do it well) put philosophers’ biographies back in the picture, and the commitments, particularly political commitments, that they sign in their own names, whether in relation to Heidegger or equally to Hegel, Freud, Nietzsche, Sartre, or Blanchot, and so on.

Taking inspiration from Derrida and Kate Zambreno’s initial FFIMS post I tackled Ecce Homo for the first time. I now suspect it will become my favourite Nietzsche book, though I am long overdue a rereading of his works.

The first thought on reading Ecce Homo is the cavernous confidence of the text, bordering on arrogance, or what Thomas Steinbuch, in his commentary on Ecce Homo calls megalomania:

The chapters of Ecce Homo are composed as answers to the questions posed in their titles: “Why I Am So Wise,” “Why I Am So Clever,” “Why I Write Such Good Books,” and “Why I Am a Destiny.” The titles seem to be naked expressions of self-importance, of egotism, from the simple hubris of “I am wise” to the megalomania of “I am destiny,” as if in writing these titles Nietzsche had reared up before the world demanding its acknowledgement, tragically presaging the madness that was soon to engulf him. This is not so. Egotism in the sense of self-importance, as belonging to the psychology of domination, is not part of Nietzsche’s life or work. If an ideology of affirming self-importance has been found here, this is only the projection of an authoritarian society’s own obsessive focus on figures of domination and its need to believe in the monolithic action of authority. Indeed, we shall see below that constructing the other as a “self-of-importance” belongs to the psychology of competition. It is simply true that Nietzsche’s role in the history of life was tremendously important as the dialectical counter to décadence. Sooner of later we need to come to terms with the problem of décadence in ourselves, and at that moment the one we will find is Nietzsche-this is what he meant by declaring himself a destiny.

So, not egotism or megalomania but the Dionysian overcoming of decadence to find the order concealed in the chaos. A bit self-helpy perhaps, or more generously where Nietzsche joins forces with Buddhism to destroy individuality. But this is why Nietzsche has always appealed; he is a philosopher, like Sartre, that changes the prism through which you see life, and therefore changes your life. Gilles Deleuze, Jacques Derrida and Hélène Cixous seem to offer the same opportunity, though need far more effort.

Enough rambling. Can anyone recommend a reliable Nietzsche biography? Thanks to a conversation with flowerville, I’ve been reading up on Thomas Brobjer. I like the look of Thomas Brobjer’s Nietzsche’s Philosophical Context: An Intellectual Biography.  Ecce Homo is very fine but suffers the flaw of any autobiography, that it is essentially a fiction. The best Nietzsche “biography” I’ve read is this thrilling chronological list of “not only the books which Nietzsche read throughout his life, but also lectures he attended as well as professorial work he was engaged in, the music he listened to and composed, and, finally, denotes when and where he wrote his philosophical works.”