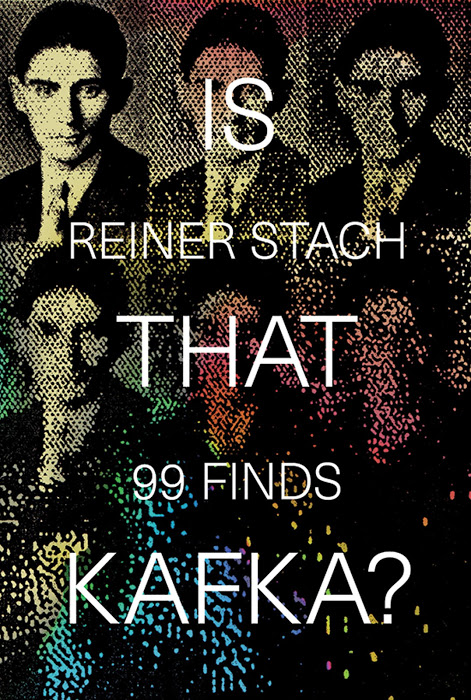 Certain ghosts appear and vanish while wandering around Prague, none more so than Kafka. Little of the city Kafka knew remains but he looms in the background, now enthusiastically adopted by his native city, or at least its tourist board. Kafka is now considered a Prague writer, though plays no part in the Czech educational curriculum and is subject to gross simplifications and frequent misinformation by tour guides and locals.

A less obvious ghost was Roth’s Zuckerman, perpetually anxious about the relationship between art and life. Zuckerman meets a character who “administers the culture of Czechoslovakia, whose job is to bring the aims of literature into line with the aims of society, to make literature inefficient, from a social point of view”, which seemed  apt.

While in Prague this week, I read Reiner Stach’s Is That Kafka? 99 Finds. Any aspiring or present Prague tour guide ought to be obliged to read this fascinating book, hopefully acting as a gateway drug to Stach’s magnificent three-volume life of Kafka, translated into English, a decade’s work, by Shelley Frisch. (The third and final volume is due next month.)

Despite the lucidity of Kafka’s writing and the ordinariness of his life, he is perhaps more misunderstood than any other writer and subject to easy generalisation. Thanks to the letters, diaries, aphorisms, fragments, parables, and traces we find of Kafka in his extraordinary fiction, we know as much about Kafka as we need. In Is That Kafka? 99 Finds, Stach normalises Kafka, destabilising the Franz Kafka that has become an adjective for an existential condition. Stach delivers 99 facts that could have been relegated to footnotes in his biography but stand alone to give a more colourful picture of Kafka’s preoccupations, and how he wove these as motifs into his stories.

2 thoughts on “Reiner Stach’s Is That Kafka? 99 Finds”