Pornography, as is clear from Adrian Nathan West’s The Aesthetics of Degradation, has moved on from the moustachioed plumbers and sex-obsessed housewives that I recall from the scant attention I paid when such videos were turned on during all-night teenage house parties.

Though far from prudish I’ve never really understand the appeal of pornography, which has always seemed to me the product of a certain type of shameful male hostility rather than fantasy and sexual appetite. What I hadn’t fully comprehended is the mainstream demand for extreme, violent forms of woman-hating pornography. Adrian Nathan West’s The Aesthetics of Degradation explores degrading pornography’s effects on viewers, participants and producers, not only through literary and sociological lens, but also from a personal perspective. It is deeply intelligent, and in between compulsively reading a lot of awful writing about our current crisis, I’ve been reading, rereading and scribbling lots of notes in The Aesthetics of Degradation.

As Robert Musil wrote in The Man Without Qualities, “It is reality that awakens possibilities, and nothing would be more perverse than deny it.” This sentence keeps returning to me in a week in which the radical-right in Britain have pulled off a well-executed coup to win a non-democratic referendum. As Lara Pawson puts it in the most lucid essay written so far about the 23/6 debacle, “The referendum was not democratic. It was fed by a white supremacist media that either deliberately stoked racial hatred or is so deluded with its own whiteness, it couldn’t recognise the hatred it was helping to harness. I hate to break it to you folks, but that is not democracy: it’s the building blocks of fascism.”

In this traumatic week when many of us are trying to pick up the pieces of our crushed sense of self and our futures, I also keep returning to a passage from Adrian Nathan West’s book:

“A self is not a constant, and we understand virtually nothing of what its persistence in time might mean. We do not know what perdures in the self and what is semelfactive, nor what is incidental or essential. We do not know what marks are left by the things we no longer remember, or when a memory persists in concealment and when it is gone forever. The idea of a person with a unitary self may come from what we have been told or have read than our own inner experience of human existence. Maybe another, clearer way of thinking about the variform nature of our being is possible: being as a participle and not as a noun. We do not know how far our way of talking about ourselves is distorted by our way of talking about others, or others’ way of talking about themselves or others, or to what degree the procedures involved in talking-about already distort or conceal our understanding.”

I’ve been unable to read The Man Without Qualities this week. Its questions about how our lives are related to history and how history shapes us, and how we permit history to happen to us, are simply too close to the marrow. It seems that each unfolding of history propels us in a further downward trajectory.

From the first page of The Man Without Qualities, it becomes clear that Robert Musil is likely to be employing a radical form of irony. Sometimes I read a passage and find it unsettling without being able to fully understand why that might be so. But it niggles and reverberates until I take the time to explore more deeply.

It could almost be a clichéd opening, describing the weather in great detail on “a fine day in August 1913”. But Musil then starts the second paragraph: “Automobiles shot out of deep, narrow streets into the shallows of bright squares”. Later in the paragraph we learn that Musil is writing of the Imperial Capital and Royal City of Vienna. He goes on to say, “Cities, like people, can be recognised by their walk”, which I like very much though I’m not entirely convinced,

This afternoon I’ve been comparing photographs and film of Vienna in 1910-1913 to the city during the 1920s and 1930s. In 1913 Vienna was the centre of a huge empire that covered 20% of Europe. Five years later the empire was dissolved and Vienna was the capital of a small republic. I’m reasonably certain that in 1913, Vienna was a city of electric trams, with horse drawn carriages more common than automobiles. Musil’s speeding automobiles and the trucks and ambulances that follow, make up a familiar landscape of urban sounds as written by the modernists of 1920s and 1930s but I suspect would be less familiar to the streetscape of 1913. The coming war brought the city for automobiles we are only beginning to recover from today.

It seems part of Musil’s project is to explore how the past is prefigured in the future, which plays a part in catalysing the personalities of those living through a particular period and set of events. Musil writes later, “It is reality that awakens possibilities, and nothing would be more perverse than deny it.” The world opened up by history, reverts to possibilities that await actualisation, what Musil later terms a sense of the possible. Possibilities persist until people bring them to life.

Half of pleasure of reading is trying to figure out what the writer is trying to do, especially with a novel as rich as The Man Without Qualities.

Maurice Blanchot preferred to translate Robert Musil’s Der Mann ohne Eigenschaften as L’homme sans particularités or The man without particularities. Musil’s concept for his protagonist, Ulrich, is that he lacks substance, that there is no causal link between essence and effect, that his self is formed and responds impersonally, almost randomly, to elements and events of his environment. As Blanchot puts it, “the man does not accept being crystallised into a character or fixed in a stable personality”.

I’ve never been much of a believer in the entrenched idea that individuals have fixed personality characteristics that are essentially unchanged over the course of a life, so looking through Ulrich’s eyes feels like returning to a comfortable armchair in a favourite corner of a much-loved home. The term personality is rooted in the Latin persona, and ancient Greek pros-opon, and referred originally to a mask worn by actors. That personality is little more than the way we appear to others makes more sense to me.

I’ll be reading The Man Without Qualities for several more weeks. It is slow but delicious to follow Musil’s sentences to their conclusion, and it feels too rich to read more than two of three chapters without transferring underlined parts into my notebooks. I’m resisting the temptation to read anything in parallel as The Man Without Qualities is permeating my dreams, both day and night, and I’m rather enjoying the saturation. I’m reading this book alongside Frances and Richard throughout the summer.

Let me share briefly a description Musil offers of a moment of illumination, not unlike my sensations while reading his book.

“Life’s very shape was completely altered. Not placed in the focus of ordinary attention but freed from sharpness. Seen this way, everything seemed a little scattered and blurred, and being infused all the while with a delicate clarity and certainty from other centres. All of life’s questions and occurrences took on an incomparable mildness, gentleness, and serenity, while their meaning was utterly transformed.”

It isn’t easy to concentrate at a time when the political landscape in this country is facing a radical transfiguration at the hands of fruitcakes, lunatics and not-so-closet racists, but there are few writers more distracting than Musil to elevate oneself away from the cares of everyday existence for an hour or two here or there.

There was a moment while reading Robert Musil’s The Man Without Qualities when, like in the careful balance of piano and strings in a late Brahms’ piece, the immense breadth of Musil’s conception became briefly visible.

It is a book that merits slow reading, inevitable as one writes entire passages into one’s notebook. Often I wish there was as little to read as must have been the case in Montaigne’s day, when it was still possible to read everything. In 1571, when Montaigne retired to his tower to study, the printing press was still a novelty. How he must have treasured his Rabelais, Chaucer and Calvin. This extended fragment of The Man Without Qualities captured my attention.

“If it is the fulfilment of man’s primordial dreams to be able to fly, travel with the fish, drill our way beneath the bodies of towering mountains, send messages with godlike speed, see the invisible and hear the distant speak, hear the voices of the dead, be miraculously cured while asleep, see with our own eyes how we will look twenty years after our death, learn in flickering nights thousands of things above and below this earth no one ever knew before; of light, warmth, power, pleasure, comforts, are man’s primordial dreams, then present-day research is not only science but sorcery, spells woven from the highest powers of heart and brain, forcing God to open one fold after another of his cloak; a religion whose dogma is permeated and sustained by the hard, courageous, flexible, razor-cold, razor-keen logic of mathematics.
Of course there is no denying that all these primordial dreams appear, in the opinion of nonmathematicians, to have been suddenly realised in a form quite different from the original fantasy. Baron Munchausen’s post horn was more beautiful than our canned music, the Seven-League Boots more beautiful than a car, Oberon’s kingdom lovelier than a railway tunnel, the magic root of the mandrake better than a telegraphed image, eating of one’s mother’s heart and then understanding birds more beautiful than an ethological study of a bird’s vocalising. We have gained reality and lost dreams. No more lounging under a tree and peering at the sky between one’s big and second toes; there’s work to be done. To be efficient, one cannot be hungry and dreamy but must eat steak and keep moving. It is exactly though the old, inefficient breed of humanity had fallen asleep on an anthill and found, when the new breed awoke, that the ants had crept into its bloodstream, making it move frantically ever since, unable to shake off that rotten feeling of antlike industry.” 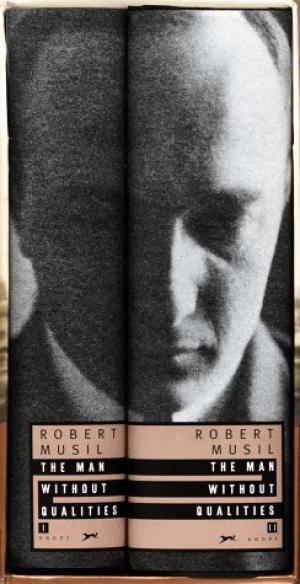